Robotics and AI Trends: The 2021 Edition 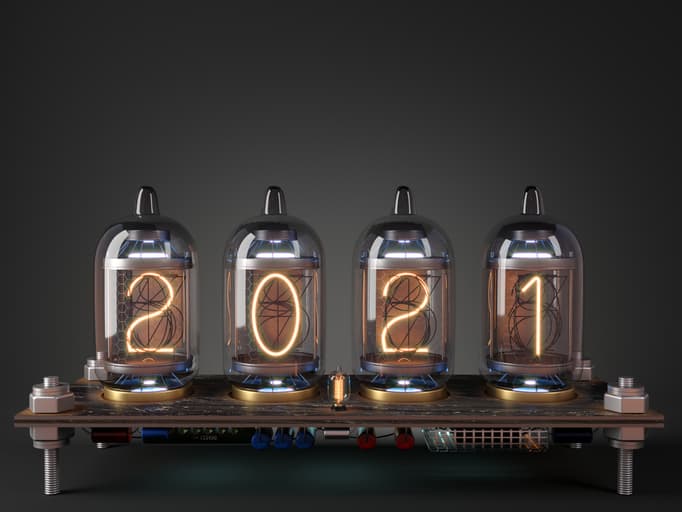 Investing in technology? Here are the top trends in robotics & AI to watch in 2021.

If there’s one thing 2020 proved to us all, it’s that no one can predict the future. I’ve often confessed that I have no crystal ball, but despite my lack of psychic abilities, I couldn’t have been more surprised by what we’ve seen in the past 12 months. When the pandemic first reared its ugly head, supply chain disruptions, business closures, and worldwide shutdowns threw the economy into a whirlwind. But even that didn’t play out as many expected. Amid one of the biggest shocks to society and the economy in most of our lifetimes, the stock market has continued to rise, with each of the major indices hitting new highs late in the year. And though anyone who has been around the block a time or two (myself included) would have guessed that companies focused on robotics, automation, and AI would have suffered a blow in the face of a year-long crisis, quite the opposite has been true.

Instead, the refrain for the year was acceleration. Ecommerce exceeded all prior growth predictions by double and even triple digits. Healthcare technology, which has been struggling to gain traction for years, became a hot point, with telehealth, drug development, and remote monitoring capabilities taking on a whole new level of importance. Robotics saw massive demand as companies in every sector sought new ways to innovate the workforce in a socially distanced world. Instead of being pushed to the back burner, cloud computing and 5G adoption have become a priority for businesses who were forced to flip a switch literally overnight to support a work-from-home model—a shift many companies have indicated is here to stay.

Looking ahead to the new year, I couldn’t be more excited. With COVID-19 vaccines expected to come as early as this month, the world is ready to charge into a new, post-pandemic era. In this ‘new normal,’ companies in every area of robotics, automation, and AI are positioned to thrive like never before. Here are just a few of the exciting trends for investors to watch in 2021:

Ecommerce is hotter than ever. Between January and June, online shopping jumped more than 30% compared to 2019, with consumers spending more than $347B in 1H20 in the US alone. Despite that stunning growth, ecommerce retailers have been hard pressed to build the level of customer loyalty achieved by traditional brick-and-mortar stores where customers can see, feel, and experience products before making a purchase. And for many, the shopping experience isn’t just about choosing the best product; a recent study published by MIT Sloan Management Review revealed that ‘experiential’ shoppers also place a high value on the sociability and surprise of shopping. 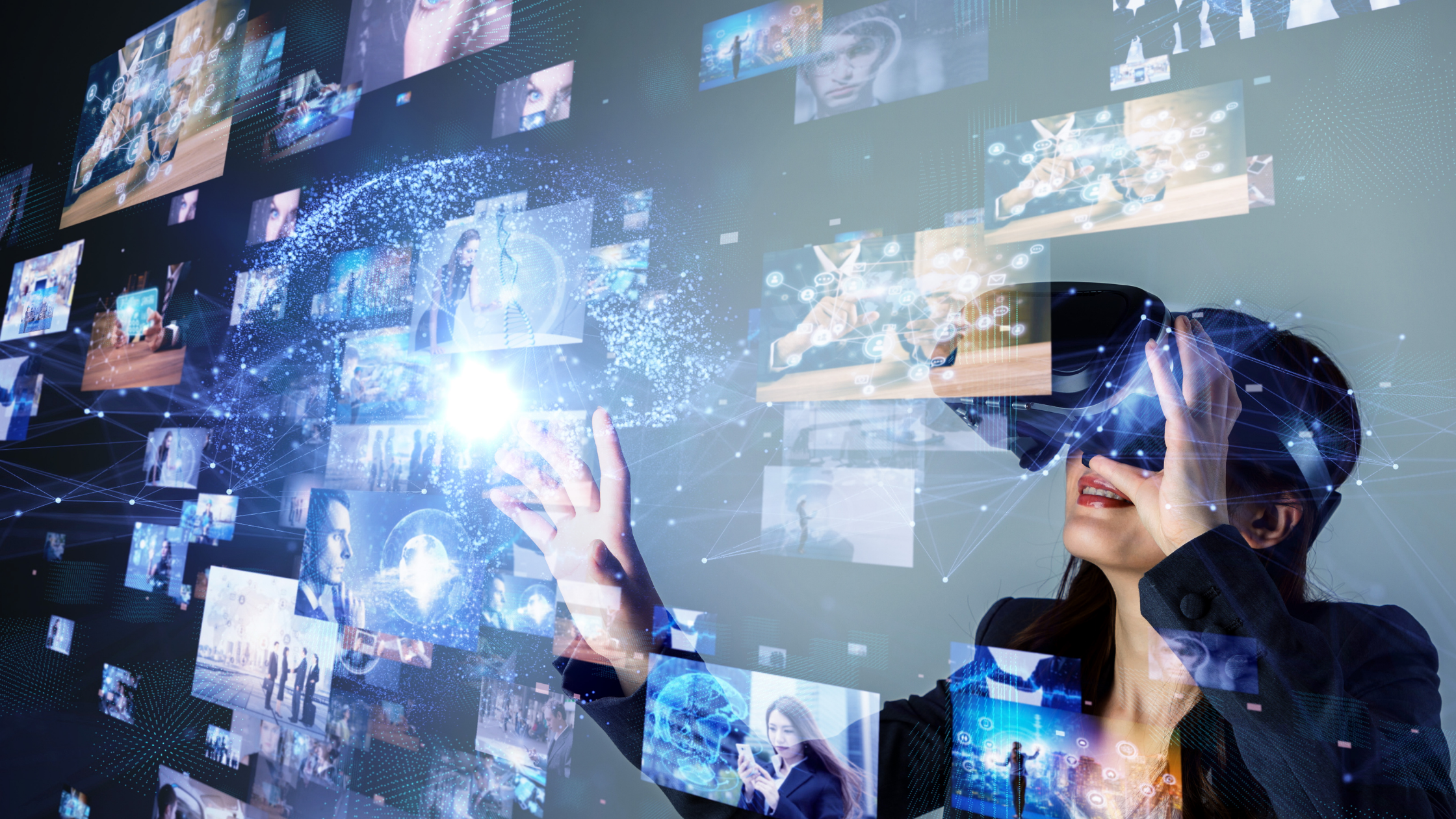 With all this in mind, ecommerce retailers will be seeking ways to quickly adopt and apply new technologies that offer a truly immersive shopping experience. The goal: to keep shoppers coming back—even after it’s safe to return to physical stores. And the technology is ready to make it happen. Augmented reality (AR), 360° video, 3D content, and virtual reality (VR) are all more affordable and accessible than ever, and these innovations are already being put to good use. Dubai-based Emirates airlines is using VR to give travelers a 3D view of the plane—and even the actual seat—when purchasing a ticket. Ralph Lauren, Gap, and many other large retailers are developing ‘virtual stores’ that mimic the in-store shopping experience by allowing online shoppers to navigate digital versions of physical stores, try on clothing using VR, chat sales associates in real-time, and even consult with a personal shopper on Zoom.

Data privatization has been a concern since the birth of the Internet, but the combination of a flood of data breaches and the pandemic-driven increase in remote business operations has made data privacy and encryption services top priorities for businesses of every size. Regulatory measures are also pushing this trend. The newly created California Privacy Rights Act (CPRA) is likely to increase regulatory and legal activity around privacy issues, and the Act’s precursor, the California Consumer Privacy Act (CCPA) is likely to be observed nationwide. Apple has announced plans to prohibit the Identifier for Advertisers (IDFA) on all apps and devices in early 2021a move that will eliminate the ability for advertisers to customize messaging and measure user behavior within iOS apps. The result: customer data of every kind will become extremely valuable to brands seeking new methods to deliver targeted advertising.

In the new year, next-generation cyber and data security platforms embedded with machine learning will assist in stopping threats, securing IoT devices, and enabling recommended security policies. Arista’s AI-driven network software stack is a foundational architecture for supporting the next-generation data center deployments that will power much of the enterprise-driven digital transformation.

AI algorithms are the key to both achieving the privacy walls needed to protect data of all sorts, and to gathering, analyzing, and distributing the ‘zero-party data’ (data that is intentionally and proactively shared by the customer) brands will require to market effectively. That means companies can effectively kill two birds with one stone, using powerful AI algorithms to support critical privacy requirements, and to monetize the consumer data they either already own or are able to collect in this new transparent environment.

Automation & Robotics Will Infiltrate All Stages of the Supply Chain. 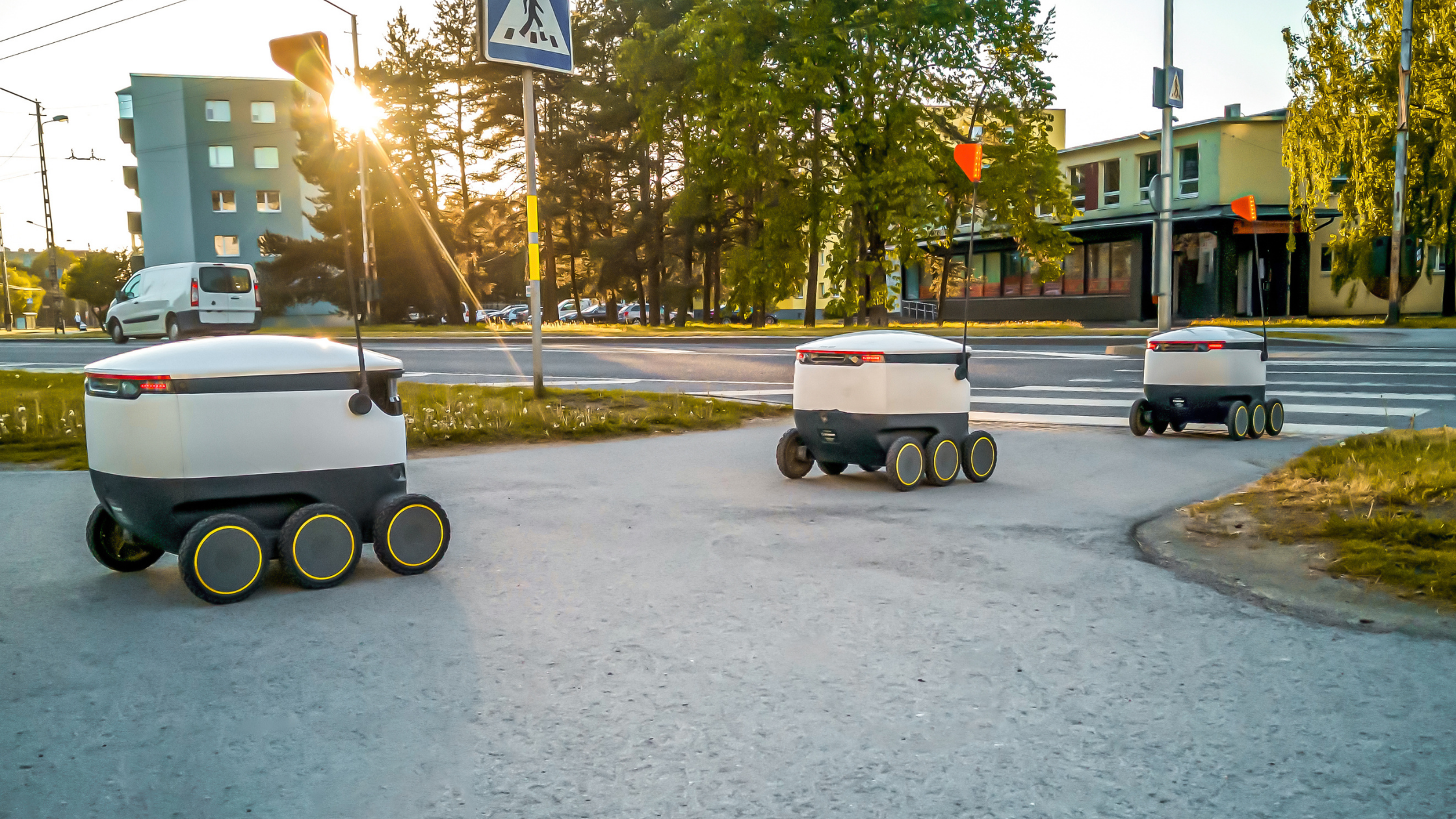 The pandemic has transformed the global supply chain, as well as the expectations and demands of buyers of logistics services. In 2021 and beyond, these companies are going to require their providers to offer much greater agility, financial stability, transparency, and speed. Many are seriously considering insourcing at least a portion of their logistics operations.

Technology is being deployed to boost efficiencies in warehouses and distribution center operations. Pandemic-driven ecommerce is expected to increase the adoption of warehouse automation solutions to help keep costs and operational complexity in check. Sales of autonomous mobile robots are estimated to double to $27B by 2025. This and other tech solutions position the industry well for a vigorous recovery.

Beyond warehouses, delivery robots—also known as Personal Delivery Devices (PPDs)—were already on the rise pre-pandemic. However, the combination of a need for humans to distance and a worldwide increase in demand for home delivery accelerated the rollout of the robots themselves, as well as the government regulations that give them the freedom to roam our sidewalks and streets at speeds from 5 to 25 miles per hour to support ‘last-mile delivery.’ In concept, a large truck would drive to a specific neighborhood and unleash a small swarm of robots, each headed to its assigned list of addresses to deliver goods.

This scenario may sound futuristic, but delivery robots are here today—and more are coming in 2021. In the US, 12 states have already legalized autonomous delivery robots, with Pennsylvania passing the most recent bill just this month. Amazon rolled out its first robots in San Francisco in 2017, and expanded service to Irvine, CA, and Snohomish County, WA, in 2019. Most recently, it began trials in Atlanta, Georgia, and Tennessee. In the UK, grocery retailer Co-Op introduced its first delivery robots in 2017 and plans to have as many as 300 delivery robots in use by the end of 2021. As demand continues to expand, robot manufacturers are poised to grow as well.

RELATED: The Future of Robotics & AI Investing: A Q&A with MIT's Daniela Rus

We’ve Only Just Scratched the Surface of Virtual Care.

While telemedicine made a household name for itself in 2020, many investors remain unaware that telemedicine is only one small part of a much greater investment opportunity: virtual care. Virtual care includes not just the service that connects patients to a random doctor for a quick urgent care need, but broader platforms that connect patients to their own doctors, devices to doctors, devices to patients, and even devices to devices, from anywhere.

Teladoc is not only enabling but pioneering virtual care adoption. By expanding its service offering, and acquiring companies like InTouch and Livongo, Teladoc has increased its total addressable market from $35B to $121B over the last five years. As industry-wide innovation and adoption continues, we expect virtual care to underlie every facet of healthcare in the next 5-10 years.

From cobots & Beyond: Factory Automation will Boom.

The brutal combination of a global downturn in capital spending in 2019, followed almost immediately by the shockwaves of the pandemic in 2020, hit automotive and electronics—the two largest industries that rely on robotics and automation—hard. Heading into the new year, we expect the factory robotics market to accelerate strongly in 2021.

By the end of 2021, we expect the installed base of factory robots to exceed 3.2 million units—double the level in 2015, and still a tiny fraction of the human workforce of 360 million in manufacturing. As this recovery continues, we expect to see significant upside and double-digit growth over the next five years, driven by technological advances, the digitization of production systems, an increase in worker shortages, and a significant boost from post-COVID-19 adjustments.

The world’s top industrial robotics providers include Fanuc, Yaskawa, ABB, and Kuka (a unit of Midea), which together command nearly 75% of the global market. Fast-growing collaborative robot, or cobot, specialists are also key players, including Teradyne and its Universal Robots and MiR units.

Cobots can work with and alongside humans and have slowly and steadily become a critical component of the factory workforce. Until now, however, they were considered a long-term investment that would eventually reap rewards. In 2021, companies who have put their faith in cobots will begin to see a very real ROI. That reality, in combination with the long list of cobot-related innovations that are nearly ready for primetime, will mark a turning point for the cobot marketplace, which is now projected to reach $5.6B by 2027.

I don’t know anyone who isn’t looking forward to saying ‘good riddance’ to 2020. In so many ways, it was nothing short of the year from hell. And yet, there were silver linings to be found. For investors in robotics, it’s clear that one of the best things to come from the pandemic was the rapid acceleration in the development and, importantly, the adoption of robotics, automation, and AI.

Robotics, artificial intelligence, and healthcare innovation technologies are enabling innovations that, not long ago, were considered improbable—or even impossible. Once referred to as the “technologies of the future,” these innovations have become a cornerstone of today. In 2021, this theme is headed for a new level of greatness. We may all be stuck at home this New Year’s Eve, but I will surely be raising a glass to celebrate what lies ahead. Here’s to all the great things to come!