Robots are Tackling the Next Big Global Challenge: Recycling 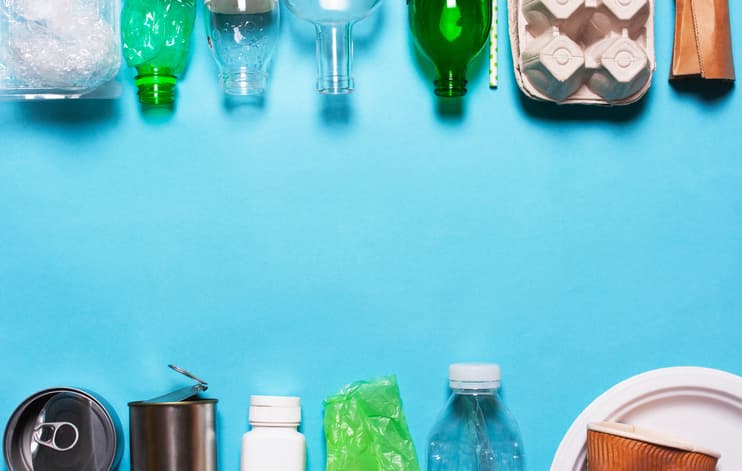 Robots are Tackling the Next Big Global Challenge: Recycling

One man’s trash is, indeed, another man’s treasure. That truth is particularly true for trash that is made of recyclable materials that can be reused and made into new consumer goods, including everything from shoes, purses and backpacks, children’s toys, to a host of other new household goods. And while that reality is good for the planet, it presents a large and fast-growing problem: how to make recycling efficient and cost-effective. Luckily, recent advancements in robotics and AI are helping to tackle the challenge.

The problem is not as obvious as it may seem. Recycling has become increasingly common, thanks in part to an effort to make it as easy as possible. In many cities in the US, recycling bins are part of standard trash collection, with a single, separate bin provided for all recyclable materials—plastics, paper, glass, and metal. But while that level of convenience has led to high recycling rates, our method of recycling has become a problem in and of itself.

When curbside recycling was first being introduced to Americans in the early 1990s, the challenge was to encourage people to change their behavior and take the effort to recycle. The solution was what the industry refers to as ‘single-stream recycling,’ which means that all types of recycled items are placed in a single bin. And it worked. Over the past 20-plus years, more communities jumped on the recycling bandwagon, in part because it was a smart way to turn waste into profit.

But the movement hasn’t been all good news. While the convenience of single-stream recycling has increased recycling rates and enabled efficient collection, it has also created an inadvertent side effect: materials contamination. Because people have been encouraged to recycle everything they could into one bin, they have become less and less selective about what is tossed in. The result: current industry estimates suggest 20 to 25 percent of submitted items are unrecyclable trash. Part of the problem is confusion about what can be recycled, and what can’t. And when in doubt, consumers often resort to ‘wish-cycling’—throwing in items that they hope will fit the bill. Garden hoses. Running shoes. Plastic wrap. You name it. If it ‘feels’ recyclable, it goes in the bin.

Plus, even if every item were technically recyclable, single-stream recycling creates other issues for recycling facilities. Some recyclable items become unusable when they are compacted together during transport. Paper is contaminated with fluids. Broken glass is ground into plastics. The problems don’t stop there. ‘Recyclable’ plastic bags get caught in conveyor belts during the sorting process, creating delays and even damaging expensive equipment. In addition, few humans want to perform this dull, dirty, dangerous work, making it difficult to maintain a well-trained workforce.

As if all that isn’t bad enough, in 2018, China, America’s largest buyer of recycled materials, announced a vigorous campaign against foreign garbage. Its ban, which went into effect January 1, 2019, prohibits imports of dozens of types of solid waste, including unsorted paper (think magazines, office paper, and junk mail) and low-grade polyethylene terephthalate that is used in plastic bottles, and it sets new limits on the levels of impurities in other recyclables. That change has wreaked havoc on the American recycling industry. According to the Environmental Protection Agency[1], Americans recycled 67.8 million tons of waste in 2015 (25.8% of total collected waste), the bulk of which was, until this year, exported to China. With China no longer accepting much of America’s trash, waste-management companies are being forced to either up their rates for recycling or simply throw our ‘recyclables’ away. Neither solution is optimal.

Robots to the rescue

Thanks to recent advancements in robotics and AI, new, better solutions to the challenge are on the way. Knowing that China is unlikely to reverse its foreign trash policies (and that US consumers are unlikely to adopt the more complicated, multi-stream recycling approach that is popular in Europe) researchers have turned to robotics to help improve the recycling process itself. With their help, recyclers are hoping to not only make the process of recycling more cost-effective, but also to be able to deliver ‘clean’ materials that meet China’s newest restriction of >0.5% purity.

The first step is to separate commingled recyclables from one another—a task that AI-enabled robots are achieving with a growing level of accuracy. Robots with robotic grippers or suction cups designed to pick out recyclable objects are showing great promise. SamurAI by Machinex uses cameras, sensors, and machine-learning software to identify items by size, shape, and material. It’s one step forward toward more efficient recycling. Other approaches rely on a combination of optical sorters that distinguish between plastics, magnetic sorters that pull iron and steel products from the mix, and aluminum sorters that use loops of electric currents (eddy currents) to remove non-magnetic metals.

At MIT, ROBO Global Strategic Advisor Daniela Rus and her team at Computer Science and Artificial Intelligence Laboratory (CSAIL) recently introduced a higher level of automation to the process with RoCycle. The RoCycle recycling sorting robot uses in-hand sensors—Teflon ‘fingertips’—to detect if an object is paper, metal, or plastic based on its size and stiffness. While RoCycle is still in the experimental stages, Rus anticipates a new wave of progress using machine learning to bring together the robot’s tactile data and the visual data from cameras. Rus believes that “computer vision alone will not be able to solve the problem of giving machines human-like perception, so being able to use tactile input is of vital importance.”

If RoCycle delivers on its promise, it could potentially address the recycling challenge on two fronts. According to MIT PhD student Lillian Chin, "If a system like RoCycle could be deployed on a wide scale, we'd potentially be able to have the convenience of single-stream recycling with the lower contamination rates of multi-stream recycling.”

ROBO Global Strategic advisor Ken Goldberg agrees. When traveling in China earlier this month, a friend told him about the country’s recently launched policy to upgrade the garbage processing capabilities. “The reach is impressive, spanning nearly every major city as well as small villages, and the policy has strict regulations to enforce residents and businesses to sort their garbage properly,” says Goldberg. “Plus, China is upgrading the garbage sorting and processing infrastructures in its transportation and backend facilities. It’s a massive effort requiring an equally massive investment. I saw one market report that estimates the new policy is expected to trigger a 2-billion yuan market in China.”

Goldberg hopes his own research might help. At UC Berkeley’s AUTOLab, a robotic manipulator called Dexterity Network, or Dex-Net, uses a grasp quality Convolutional Neural Network to learn how to grasp unusually shaped objects. In the newest release of the system, Dex-Net 4.0, robots were trained using a library of 5 million synthetic images, and can choose between two arms (each with a different type of robotic gripper), depending on which arm it ‘thinks’ is best for picking up a particular item.

To promote the use of AI in recycling in the future, high school students enrolled in the AI4All program at UC Berkeley are getting first-hand experience with how robots are using AI and deep learning in recycling. Through hands-on experiments with Dex-Net as a Service (DNaaS) and ResNet, a state-of-the-art computer vision image classifier, students explore the strengths and limitations of existing systems to gain intuition into how AI can be used in the future. “We're giving high-school students a glimpse of how computer vision and robotics could be applied to sorting items for recycling,” says Goldberg. “We're hoping they will get inspired to do the research to make this cost-effective in the future.”

Rus also sees robots as vital to bolstering the human workforce in an environment that may well be the epitome of ‘dull and dirty.’ “Finding workers who are willing to show up every day is a major challenge for many recycling facilities, and many quit the job within hours or days. Robots don’t care about what an environment smells like or how dirty a job may be. Adding robots like RoCycle to the equation can help shift humans into supervisory roles while the robots take on the less-than-pleasant work of sorting.”

“Robots and AI can’t do it all,” continues Rus. “People have to stop throwing their old sneakers and other non-recyclables in the bin—but the technology we’re working on today may be the key to decreasing the cost of recycling and making what we collect for recycling actually usable. It’s a goal we should all be working toward.”