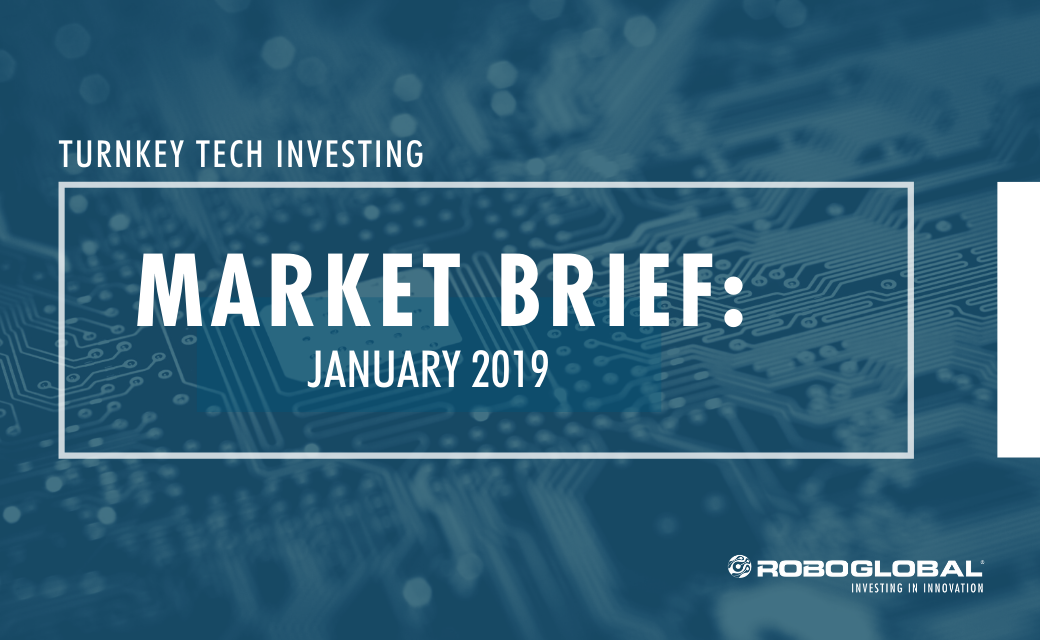 The coronavirus once again dominated headlines in January, and the spread of the outbreak beyond China’s borders took its toll on the global markets—at least over the short-term. Market stabilizers included an increase in Q4 earnings for S&P 500 companies compared to a year earlier, a hold on interest rates by the Fed, and the UK’s official departure from the EU (it took long enough!).

Looking back to Asia and the potential impacts of coronavirus, it’s important to note that corrections from similar prior events have typically been short-lived, and the first week of February has already delivered significant signs of a rebound. Experience from past epidemics (SARS in 2003, Swine Flu in 2009, and Avian Flu in 2014, 2015, and 2017) suggests that travel, entertainment, and shopping are likely to be most affected. However, this time around, we see factors that may help mitigate the impact of the virus, including a potentially low fatality rate (3% now vs. 6.6% in SARS) and faster government reaction to the outbreak. During the SARS escalation period, MSCI HK and Korea underperformed by 10% and 11% respectively, but outside of acutely impacted sectors, the market experienced little change, and all markets recovered quickly. We anticipate a similar market reaction to the current crisis.

To us, it feels as though bricks continue to get added to the current ‘wall of worry,’ making it a little higher and a little steeper that it was when the year began. Besides the uncertainty of the coronavirus, mixed performance data, the lingering execution risk of Brexit as trade negotiations commence, and questions over a phase-2 deal remain. For the month of January, the ROBO index declined 1.2% vs. the ACWI, which fell 1.1%. Looking into 2020, we remain very optimistic about a recovery in eps. Consensus eps expectations for the ROBO index were up +27.2% in 4Q19 YOY, and +15% eps growth seen by consensus for 2020.

Looking at top-down at results, it could be argued that the takeaway for 2020 so far is that earnings have been “better than feared.” If this trend holds, 4Q19 could reveal a meaningful improvement in corporate operating leverage, which notably deteriorated over the course of last year amid varying and persistent margin pressures from trade, labor costs, and more.

In the US, there are a number of companies that are bolstering our enthusiasm for the theme of robotics, automation, and AI (RAAI).

With the THNQ index, semiconductors remain well-positioned, with many chip companies reporting better-than-expected results thanks, in part, to the easing of the US/China tariff situation. Broad-based demand continued to bounce along the bottom with the PC and memory industries leading the way, and an early Chinese New Year is expected to help strengthen Q1 results. Nvidia, Infineon, and Taiwan Semiconductor are continuing to perform well. Semiconductor manufacturing equipment providers remain on a fast-growth trajectory, driven by key emerging applications, including artificial intelligence, 5G, AR/VR, Cloud, and high-performance computing. Key beneficiaries of this momentum include ASML Holdings and Lam Research, both of which continue to see strength from increasing process complexity. ASML’s EUV lithography is also continuing to grow in terms of use cases, bringing additional strength to the sector. As more Q1 results come in, we look forward to seeing continued strength for the remainder of the quarter.