The secret rise of robotics and AI stocks 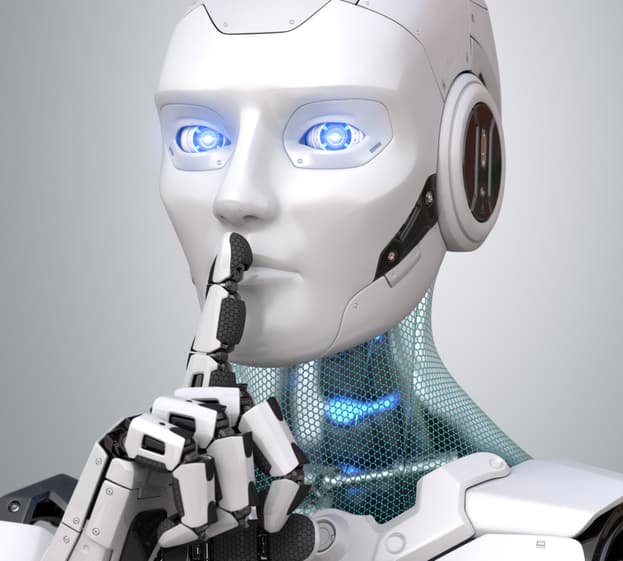 The secret rise of robotics and AI stocks

If the headlines have you wondering where to turn next as an investor, you can rest assured that your exposure to robotics and AI is likely paying off—even if their recent growth is the market’s best-kept secret at the moment. While the Fed’s next interest rate move, Boris Johnson’s Brexit debacle, and Trump’s latest late-night tweet have been doing a spectacular job of sending the stock market into a frenzy and keeping investors scratching their heads, companies focused on delivering on the promise of robotics and AI have been quietly rising to the top of the heap. Here’s just a snapshot of some of the biggest winners:[1]

In a classic example of a company evolving to capitalize on the power of AI, Ambarella earned its name as a leading video processing company but is now proving its worth as one of the top AI processing companies (management even goes as far as to call Ambarella an “AI company” in its latest investor deck here). Once known solely for its popular GoPro product line, the company’s 2015 acquisition of VisLab for $30M put it on a new path—one that is decidedly paying off. Five professional security camera OEMs that use Ambarella’s latest computer vision chip are slated to ship within the year, and its use cases in the automotive market are expected to further expand its reach and its larger vision for the future.

In August, multiple brokerages and research firms upgraded their ratings of Manhattan Associates thanks to the company’s ability to deliver as promised on its AI-enabled solutions for supply chain execution and optimization. Company management has attributed recent growth to the amount of investment capital pouring into warehouse robotic providers, with Manhattan Associates being key beneficiaries of that focus. The company recently launched the Manhattan Automation Network program to speed the development and implementation of modern distribution center automation and robotics in partnership with leading warehouse automation solution providers, and its next-generation warehouse management solution (WMS) ups the ante from an AI perspective.

The company’s recent growth is pretty impressive, but even more stunning is its 184% share price gain over the last five years. The company has been consistently beating revenue targets, in part due to its proven strength in semiconductor testing—especially in the areas of 5G infrastructures, networking, and memory testing. Company management expects 5G and memory demand drivers to continue to push growth. Despite the noise about the potential for dampening profits thanks to the tariff war between the US and China, strong demand for semiconductor testers in Q2 was partly due to Teredyne’s role in supporting the massive 5G infrastructure build-out in APAC and China.

Despite a highly publicized warehouse blaze in February caused by a malfunctioning battery-charging unit and resulting in a H1 loss of $178M, the UK’s largest online grocery retailer beat market expectations. A technology company in its own right, Ocado’s warehouse robots are among the most advanced in the world, marking the company a key rival to Amazon. The company’s new “moonshots” division was created to catapult Ocado’s technology from online grocery shopping to include the entire grocery supply chain—from vertical farming, to baggage handling, to container ports, and beyond. Its technology focus reaches far beyond its own retailers, including a recent $9M investment in Karakuri, a startup that makes robots that prepare personalized meals, as well as notable partnerships with autonomous driving software company Oxbotica and the UK’s best known retailer, Marks and Spencer.

While these companies are certainly leading the pack from a growth perspective, many more members of the ROBO Global Robotics & Automation Index are quietly paving a steady path toward long-term expansion. As a group, they have helped grow the index by nearly +20% YTD. Continuing into the second half of 2019, it’s important to note that today’s news rarely has a long-term effect on the market. For investors seeking a strategy that captures the rewards of tomorrow’s winners, now is the time to invest in the future of robotics, automation, and AI.