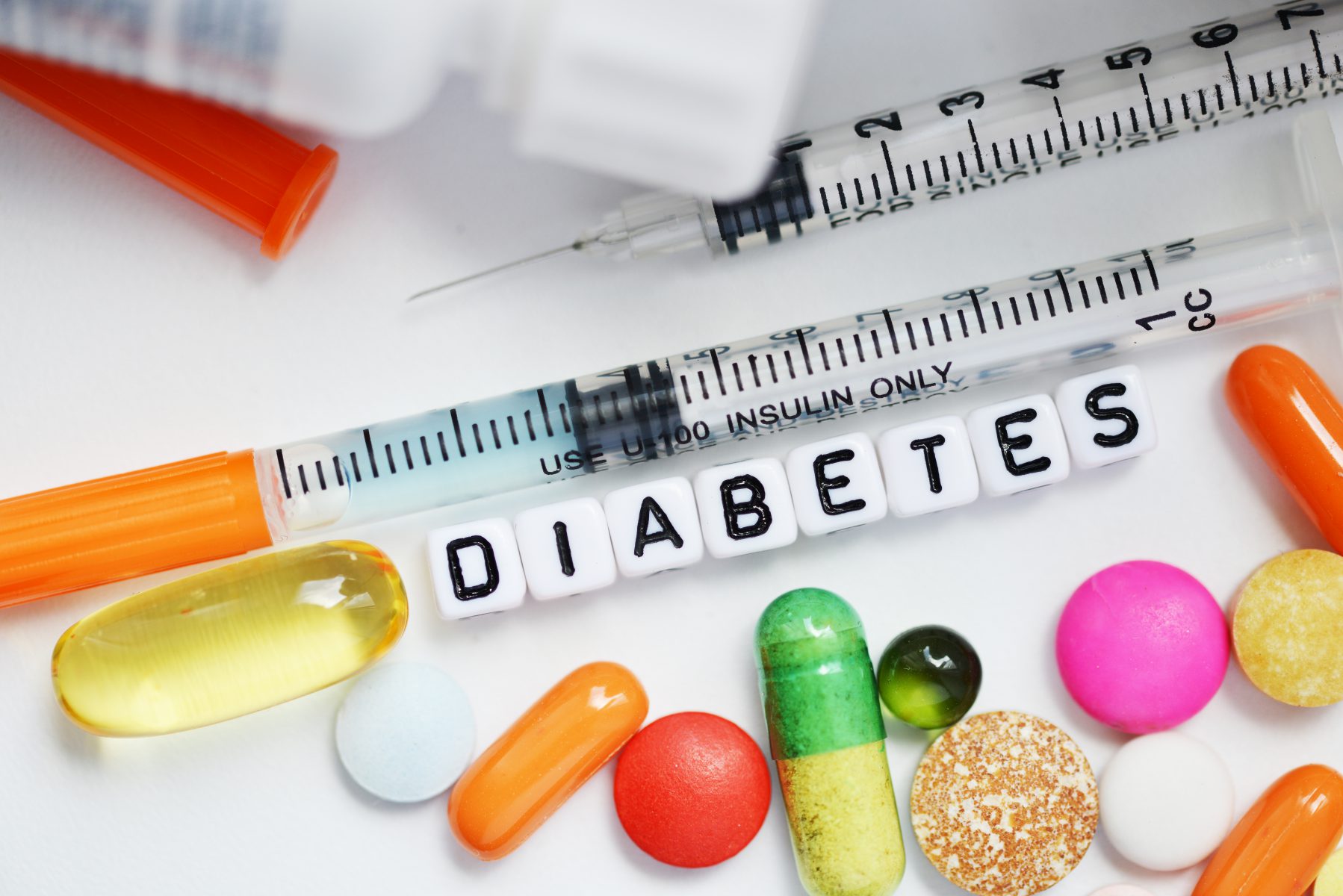 New technology is disrupting traditional diabetes management, making it one of the hottest themes across all medtech, as seen by the rapid growth of new devices in 2019. Continuous glucose monitoring (CGM) and insulin pumps, which replace the manual tasks of finger sticks and insulin injections, are getting smarter and more advanced and are further penetrating into both the Type 1 and Type 2 markets. These devices are in their earliest stages of adoption, and there remains a long runway for growth. The ROBO Global Healthcare Technology and Innovation Index (ticker: HTEC) is well positioned to gain from these trends, with companies Abbott Laboratories, Dexcom, and Insulet.

Diabetes bears a global economic burden of over $800B, with more than 400 million people living with the condition. In order to manage their condition, these people must monitor their own glucose levels. Traditional blood glucose monitoring (BGM) involves a finger stick about eight times per day, followed by a manual self-injection of insulin. There is a lot to remember, and failure to comply can lead to more serious complications over time, such as loss of sight, amputation of limbs, or kidney failure. Continuous glucose monitoring (CGM) devices help automate the BGM process, but these devices are more costly and have historically been difficult to obtain. New technology from companies like Abbott, Dexcom, and Insulet is making it easier and more affordable for patients and clinicians to manage their conditions.

Although Type 2 represents more than 90% of people with diabetes, most of the technology on the market has largely been limited to people with Type 1 diabetes. Abbott Laboratories unlocked the Type 2 market when it launched the FreeStyle Libre CGM in 2014, effectively doubling its addressable market. The device costs about the same as the strips used for traditional BGM (~$4/day). Clinicians and insurance companies prefer CGM to BGM because CGM provides a continuous stream of data, as opposed to the eight data points per day otherwise obtained through finger sticks. The FreeStyle Libre is also cheaper than any other CGM on the market. Compared with Medtronic’s Guardian Connect at $700 per transmitter and $65 per sensor, which are replaced weekly, Libre runs for $60 for the scanner and $40 per sensor, which is replaced every 14 days.

Abbott also simplified access by pioneering distribution through the pharmacy channel. Prior to this, patients had to find a durable medical equipment provider to buy a CGM, often undergoing extensive administrative hassle for insurance reimbursement. Now, in order to get a Libre, the physician simply writes a prescription that the patient fills through his pharmacy. Libre sales grew by 70% in Q3 2019, with Type 2 now representing half of its user base. The company currently awaits FDA approval for its next generation CGM, the FreeStyle Libre 2, and expects to launch it sometime in 2020.

Abbott’s CGM device is also mobile friendly. The LibreLink app allows the user to view the same features that are displayed on the Libre’s reader. LibreLinkUp is another feature that enables the user to share data with up to 20 people to track glucose data and trends on their iPhones.

Dexcom has the most accurate CGM

Dexcom’s current generation CGM device (G6) is the most accurate one on the market today. This device is driving the company’s rapid growth of ~40% in 2019. In partnership with Verily, Dexcom expects to launch its seventh generation (G7) in 2020. As shown below on the right, the G7 is the size of a nickel and is significantly smaller than the G6 (on the left). The G7’s life span will also increase to two weeks from the current generation’s 10 days. This is significant from both a convenience and a cost perspective, as the user only needs to replace the device twice per month vs. three times. In terms of pricing, the company expects to offer this device at a lower cost (potentially comparable to the FreeStyle Libre), which will help to penetrate in the Type 2 market. Since most people with diabetes are still using test strips, there remains a long runway for growth in the CGM market. For Dexcom, implications for growth go far beyond 2020 as the company intends to explore new therapeutic areas. 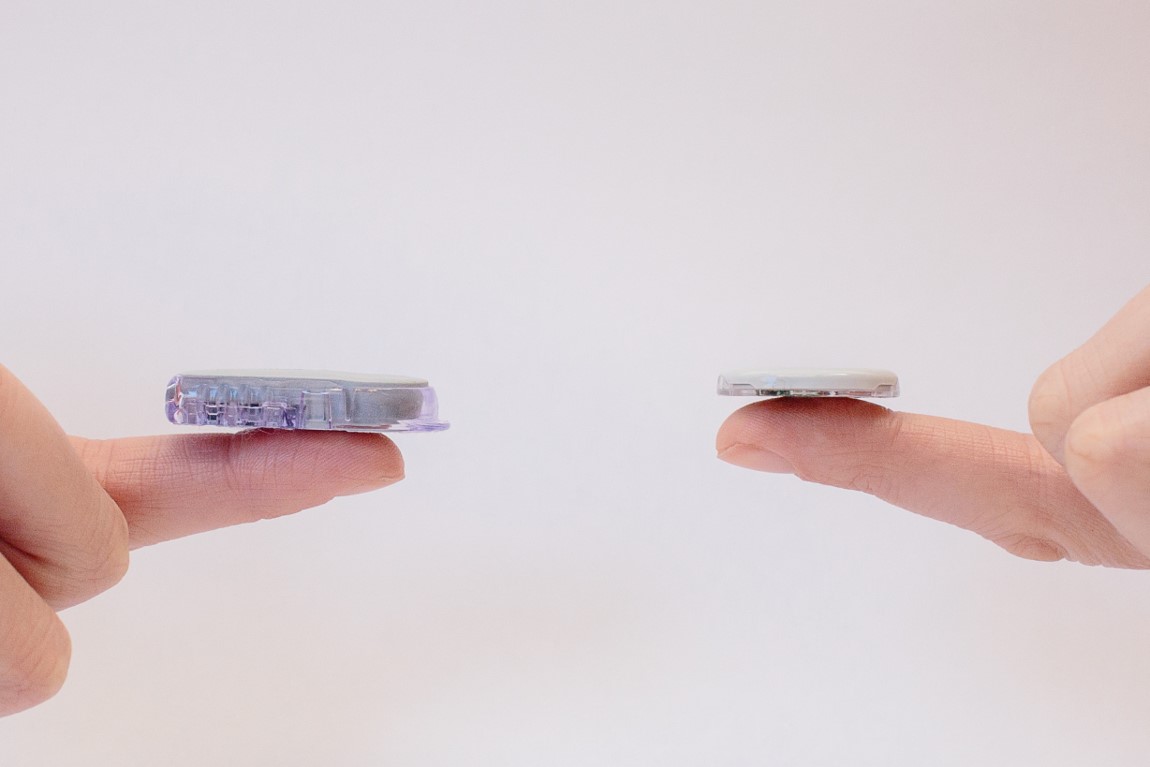 On the insulin delivery side of the equation, 65% of people with Type 1 are still administering their own insulin with about five needles per day. Insulet offers the Omnipod (shown below), which is a small disposable wireless pump that is worn for three days, administers 14 injections, and is also available through a pharmacy in place of a durable medical equipment provider. The Omnipod is the only waterproof pump on the market, which makes it more attractive to people who were otherwise wary of a pump. In fact, Insulet converts more people from manual injections to a pump than any other pump provider. Up next for Insulet is the anticipated release of Omnipod Horizon in the second half of 2020. This new closed-loop system will be among the first to combine the use of the CGM and phone with the pump, and will be compatible with Dexcom. Over the last five years, Insulet’s sales have grown from $200M to $700M, and with its new pay-as-you-go model, it expects to exceed $1B in 2021.