Robotics and AI trends that are changing the world in 2020 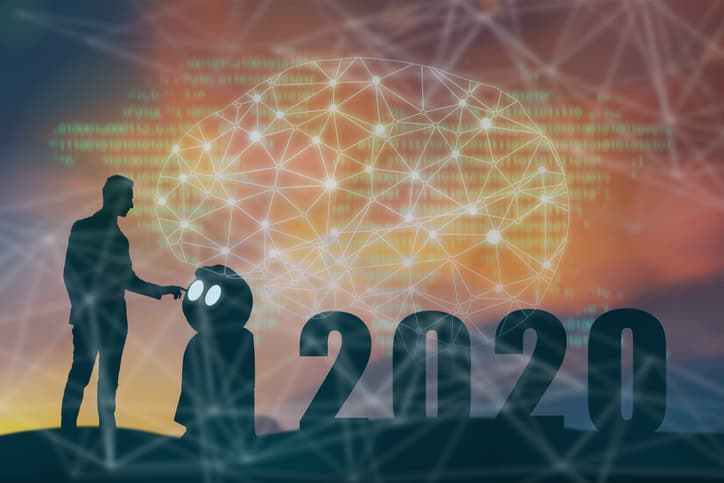 Robotics and AI trends that are changing the world in 2020

Holiday parties are just around the corner, which means it’s time for me and everyone else on the ROBO Global team to brace for the onslaught of questions from friends, family, and distant acquaintances about the future of robotics and AI. “Are robots really going to steal my job?” (Thanks for the cue up, Andrew Wang.) “When will self-driving cars be safe?” “Is Alexa spying on me?” “What’s the coolest new robot?” The queries run the gamut from compelling to downright bizarre, but there is a lot to say about the current trajectory of robotics and AI. Interestingly, some of the most important innovations—the ones that are poised to drive the most astonishing changes to our everyday lives—rarely come up in conversations over cocktails. Here are just some of the trends in the market today, including the fascinating and the mundane, that are likely to rise to the top in the year ahead:

Smart speakers may be the most ubiquitous application of AI to date. In the US, 120 million households already have smart speakers, and the momentum is continuing to build. According to the latest report from Canalys, global shipments of smart speakers increased 45% year-over-year to 28.6M in 3Q19, with Amazon claiming one in every three speakers sold. But while Amazon may be the obvious gorilla in the space, it is by no means the only player in the field. In China, Alibaba increased sales of its smart speakers by 77% year-over-year in 3Q, with Baidu and Xiaomi close behind. And while Google is struggling to boost sales of its Google Home speakers (sales, unfortunately, decreased in 3Q19), the widespread use of Google Assistant is likely to help Google to catch up with the rest of the pack. Case in point: Walmart Voice Order now enables customers to add items to their Walmart shopping carts using simple voice commands through Google Home and Siri. Another straggler in the space is Apple, but watch for Apple to rise in the ranks as the company is actively bolstering its smart speaker team and focusing resources to aggressively expand the capabilities and sales of its HomePod in the next 12 months.

As smart speakers and the voice technologies that enable them to continue to push ahead, the long-term impact for consumers and investors alike is likely to be momentous. Amazon is already in the process of bringing Alexa into cars, and hotels are quickly jumping on the bandwagon, too. What’s to come: new capabilities designed to serve the elderly and others with physical limitations, new prediction capabilities, and the ability to tackle more tasks for humans. (And if you really are concerned that Alexa is listening in on your most personal moments, this article from the Washington Post can shed some light on the subject.)

Suddenly my drink is empty, and I’ve just barely scratched the surface. I could go on and on about the future of brain-machine interfacing that is merging humans with AI; how the convergence of 5G with satellite networks is unleashing the power of the human mind; how collaborative robots (cobots) are transforming manufacturing, healthcare, retail, and more; the promise of quantum computing and the wild potential of IBM’s new 53-qubit quantum computer; how the sensor revolution is transforming everything; and why the rise of China as the epicenter of AI and robotics innovation is more important than ever. But there’s fruitcake to eat and wine to be poured, so I’ll leave you with this:

As we head into a new year and a new decade, I have no doubt that the opportunity for investors in robotics, automation, and AI (RAAI) is bigger than ever. And because the space is evolving at a never-before-seen pace, the best gift you can give yourself this holiday season is to invest in companies across the entire RAAI supply chain—including companies of every size, market cap, geography, and sector—like those in the ROBO Global Robotics & Automation Index and the ROBO Global Healthcare Technology & Innovation Index. 2020 is sure to bring changes that even the top analysts and experts can’t possibly see coming, so let’s raise a glass to the promise that robotics and AI holds for our lives—and our livelihood—for decades to come. I’ll drink to that!