ON SMART PEOPLE, THE BIG PICTURE, AND THE FUTURE OF ROBOTICS 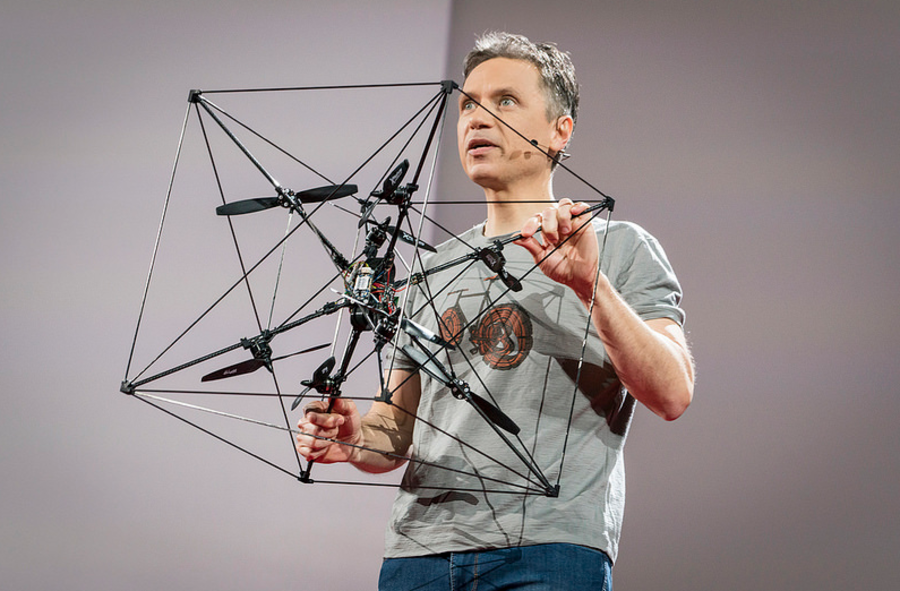 I’m completely humbled by the intelligent people I get to work with every day. It’s one of the incredible perks of working at a research company rather than a product mill. And it’s one of the primary reasons I am constantly energized and re-energized about our mission at ROBO Global. It’s on days like this—when smart people paint a crystal-clear picture of where our industry is heading—that, in Steve Wozniak’s words, doors are truly unlocked. I understand completely why it’s so important that we spend our days and nights identifying where to invest and why.

I’ve spent my entire career in financial services, so I’m well aware of the thinking and rationale behind most financial products. Because we live in a world where low cost seems to drive every decision, I get it. I get why some investors chase short-term returns and quick, easy wins. But it’s critical that investors look at the bigger picture. When it comes to investing in the future of robotics, automation, and artificial intelligence (RAAI), that bigger picture matters more than ever.

I’m fascinated by the potential of RAAI. Not only is the investment perspective and the immense growth that is happening before our eyes exciting, but even more so is the fact that no one knows precisely where this massive transformation is heading. There are just too many unknowns. Innovation is happening more quickly than ever in our history, and RAAI is playing a huge part in that transformation, reaching into every area of every industry, and nearly every aspect of our lives.

That’s precisely why the intellects that I work with believe that our investments in RAAI should reach just as far. Beyond the biggest, fastest growing robotics companies. Beyond the names that are already known in the industry and may already be peaking when it comes to innovation. Beyond the short list of the established winners.

Because we know just how difficult it is to pick the winners over the long term, our team of industry experts spends their time in deep research, identifying new trends, understanding new innovations, and exploring every company on the radar—and even some that are flying below the radar—regardless of size, market cap, or technology.

Related: Ready to Invest in Robotics? Your Timing Couldn't Be Better

To give you a sense of the caliber of people I’m fortunate enough to call my colleagues, in quick are just three of the experts (in the handful of amazing innovators) on our team who help us unlock doors every day:

Henrik Christensen, PhD is the director of the UC San Diego Contextual Robotics Institute whose mission is to develop safe and practical robotics systems to interact seamlessly with human in their everyday lives. He has also served as the Director of Robotics at Georgia Tech (where he was also named the KUKA Chair of Robotics, a position endowed by a $1.5 million grant from KUKA Robotics) and founded the European Network of Excellence in Robotics. He coordinated formulation of the first US Roadmap for Robotics in 2009 and participates in its regular updates, he is the coordinator of the Robotics Virtual Organization that formulates the national robotics agenda, coordinates educational efforts, and promotes technology transfer of research results. Henrik has published more than 350 contributions across robotics, computer vision and artificial intelligence. The co-founder of five robotics-focused companies, he continues to collaborate with major companies worldwide on the utilization of robot technology.

Raffaello D'Andrea, PhD has built his career n his unique ability to bridge theory and practice: He is Professor of Dynamic Systems and Control at ETH Zurich, where his research redefines what autonomous systems are capable of. He is co-founder of Kiva Systems, now operating as Amazon Robotics, and was the faculty advisor and system architect of the Cornell Robot Soccer Team, four time world champions at the international RoboCup competition. He recently founded Verity Studios to develop a new breed of interactive and autonomous flying machines. On top of his highly impressive business accomplishments, Raffaello is also a new media artist with exhibitions at various international venues, including the Venice Biennale, Ars Electronica, and the FRAC Centre. His most recent awards include the IEEE Robotics and Automation Award and the Engelberger Robotics Award, two of the highest achievements in the field.

Ken Goldberg, PhD is an artist, inventor, as well as a professor at UC Berkeley where he is Chair of the Industrial Engineering and Operations Research Department. He holds secondary appointments in EECS, Art Practice, the School of Information, and Radiation Oncology at the UCSF Medical School, and he is Director of the CITRIS "People and Robots" Initiative and the UC Berkeley AUTOLAB where he and his students pursue research in geometric algorithms and machine learning for robotics and automation in surgery, manufacturing, and other applications. Ken's artwork has appeared in 70 exhibits including the Whitney Biennial, and films he has co-written have been selected for the Sundance Film Festival and nominated for an Emmy Award. Ken was awarded the Presidential Early Career Award for Scientists and Engineers from President Bill Clinton, elected as an IEEE Fellow, and was recently received the George Saridis Leadership Award from the IEEE Robotics and Automation Society.

I’m thrilled that we’ve been able to pull together an incredibly gifted team that includes men and women of this caliber. Every time I hear our team talk about next steps, I love that we’re not just looking at numbers when we build the ROBO Global Robotics & Automation Index. With the work of a growing team of smart people, we’re combing the entire robotics and automation landscape to identify the companies that are poised to drive the greatest change tomorrow… and far into the future. No one knows what the future of RAAI holds, but today I’m humbled and proud and confident walking that path among today’s industry giants.