Trump finally announced a plan for AI dominance, but is it enough? 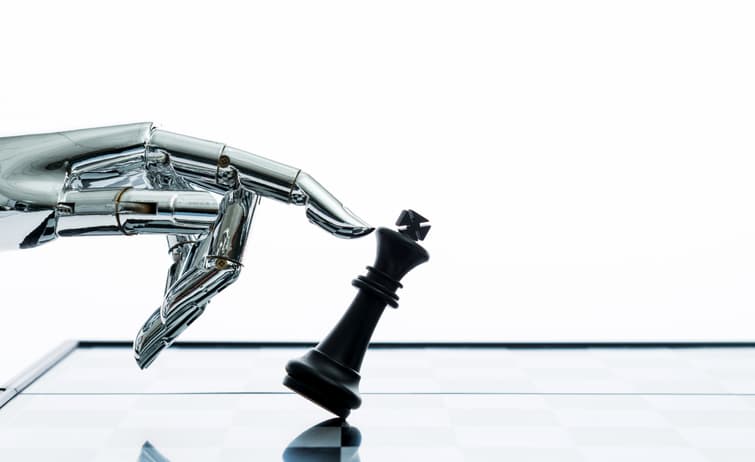 Trump finally announced a plan for AI dominance, but is it enough?

It’s no mystery that the majority of corporations already view AI as a must-have competitive tool in the race toward market leadership. As industry after industry has felt the critical impact of AI-driven disruption, companies large and small have made AI programs a top priority, using it to enable everything from highly automated and efficient warehouses, to customizing client service, to delivering pizzas. It was only a matter of time before our government saw the light.

This week, President Trump signed an executive order introducing the American AI Initiative, a plan designed to help the US maintain its leadership in AI technologies and applications, stating that, “Continued American leadership in AI is of paramount importance to maintaining the economic and national security of the United States.” American companies in robotics, automation, and AI are surely happy to see a plan begin to take shape, even if it is coming years later than many had hoped.

While the US had a clear head start in the race for global AI leadership, it was certainly not the first to set a clear and aggressive plan to lead the pack. China announced its own Made in China 2025 initiative more than three years ago. The plan was thorough and precise, including aggressive government funding and support of technology and AI, as well as a carefully designed three-step plan that is focused specifically on AI. The three steps include:

1. Accelerate AI capabilities to keep pace with global leaders by 2020

3. Establish China as the world leader in the AI field by 2030

Trump’s announcement on Monday may be ambitious, but it seems the plan itself is less than concrete. The executive order includes expanded government funding for AI programs; increased access to government data for researchers and developers; and the creation of a committee to establish fellowship and training programs in AI. It also directs federal agencies to explore AI programs that can help them promote their own missions, and calls for the development of national regulatory standards around AI to help manage the ethical and other issues posed by AI technologies.

What the plan lacks is specifics. Details of the plan were released in a single-page government fact sheet that outlines these initiatives at a cursory level. The lack of detail has many wondering if it’s enough. In his book AI Superpowers: China, Silicon Valley, and the New World Order, Kai-Fu Lee, one of the world’s most respected experts on AI and China, asserts that China may have a very real advantage over the US in obtaining technological dominance in AI. He argues that, “harnessing the power of AI today—the ‘electricity’ of the twenty-first century—requires four analogous inputs: abundant data, hungry entrepreneurs, AI scientists, and an AI-friendly policy environment.” He goes on to make a compelling case as to how and why China has the upper hand in the majority of these areas. While it is encouraging to see the US acknowledge the need for an AI-focused initiative, that alone will not be enough to win this AI arms race. As Lee calls out plainly, “how these two countries choose to compete and cooperate in AI will have dramatic implications for global economics and governance.”

Silicon Valley has led the global AI race for decades and it was only a matter of time before the competition began to catch up. China is undoubtedly the largest threat at the moment, but other countries have also implemented aggressive plans aimed at grabbing the ring of AI leadership, including South Korea, Canada, and France. If the US is serious about maintaining its leadership in AI, now is the time to do much more than simply announce wise intentions. Instead, the US must create and implement a thorough and precise plan of action to bring those intentions to life. In today’s quickly evolving technology landscape, competing globally—both commercially and politically—demands nothing less.