How NASA is Accelerating Robotic Capabilities in Space & Beyond 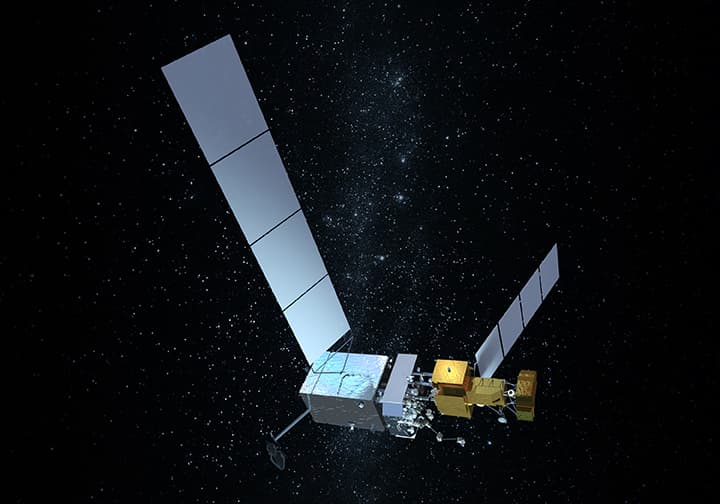 At any given moment, there are over 1,000 operational satellites flying in orbit. Of those thousand, only two were designed for servicing: Hubble and The International Space Station. This means that once the satellite’s on-site fuel has been exhausted, the remainder of these multi-hundred-million-dollar devices is destroyed and de-orbited.

But this might not have to be the case. Scientists are working on a way to refuel satellites, which would drastically extend the life of these devices and save billions of dollars. Cue the space robots.

The NASA Goddard Spaceflight Center is preparing for an in-orbit satellite servicing mission and I’m thrilled to be using my expertise in robot control to support this ambitious project. “On-Orbit Servicing, Assembly and Manufacturing” (OSAM) will attempt to performing in-space, satellite servicing, taking robotic technologies to new heights.

As it stands, satellites currently sustain power in two ways: solar panels and fuel. The solar panels are used to power the electronics while the fuel is required to keep it from spiraling back to Earth. Once its fuel is expended, a satellite must be safely destroyed and removed from orbit in order to keep it from becoming hazardous clutter or fallout.

Establishing a way to accomplish satellite servicing in space would be a major steppingstone for in-space assembly and potential robotic fabrication of extraterrestrial habitats.

But this is no simple task.

One Small Step for Man, Many Intricate Steps for Robots

While we aspire to create truly intelligent robots, this will not be achieved in a single step, but rather with a layered approach. Even tasks as mundane as turning a valve, flipping a switch, plugging in a connector, or cutting with a knife depend on the sensation of contact forces to perform safely and expertly.

Rather than teleoperating robots from the ground, NASA roboticists will be sending “supervisory” commands to space, invoking ‘behaviors’ in which the robot will be responsible for carrying out specific tasks intelligently.

One of the technology frontiers being expanded on for this work is compliant-motion control, also known as ‘force control’. This means that the robot is responsible for sensing and reacting to contact forces appropriately. Think: tightening or loosening nuts on bolts, plugging in a connector, or using tools to cut materials.

A robot is already superhuman in its capacities for precision, repeatability, speed, strength, and resilience. However, once we layer on “behaviors,” robots will become incrementally more task-oriented, using sensors to automatically adjust their motions to achieve the desired result.

One of the challenges of creating robots that respond to sensed forces is their potential instability. If a robot approaches a rigid surface, even at a low speed, it can result in a significant impact force. While this impact may not be large enough to be damaging, the robot’s response can easily be excessive, causing it to aggressively and repeatedly jump back, hammering itself against the surface. In order to avoid this behavior, we’re working to embed the robot with a more human reaction to interpret and respond more appropriately.

In the past, this issue’s complexity and damage potential has stalled the robotics industry in its attempted use of force controlled robots. But in NASA’s case, there is no alternative, forcing the problem to be met head-on, and in particularly demanding circumstances. The prospect for these developments in robotics is astounding to me.

From Space to The Deep Sea: a New Frontier for Manufacturing Robots

Due to the similarity of these in-space tasks to common manufacturing operations, NASA’s work will undoubtedly have spill-over effects in creating more competent robots in manufacturing. The ability to give supervisory commands to robots with communications limitations will also extend robotic capabilities, ranging from deep-sea operations to operations in shielded facilities, to communications-challenged conditions.

I’m thrilled to be working on such an impactful project, and with NASA’s success, we can expect this to provide a boost to robotic advances more broadly.  From remote robotic operations to commonplace industrial tasks, the use of force feedback will expand robots’ competence and applicability.  Additionally, advances in the creation of supervisory control and robot “behaviors” will be a steppingstone to greater robot intelligence. As a member of the ROBO Global Strategic Advisory Board, I believe that these advancements continue to make a case for the tremendous investment potential across robotic technologies and applications.

Just as NASA helped create the dawn of computing, this ambitious mission to perform semi-autonomous robotic operations in space can help accelerate terrestrial robotics and beyond.

Wyatt Newman is a leading researcher in the areas of mechatronics, robotics and computational intelligence, in which he has 12 patents and over 130 technical publications. After earning degrees from Harvard College, MIT and Columbia University, he was named an NSF Young Investigator in robotics, and subsequently was named a Herbold Fellow, a Tau Beta Pi “distinguished engineer,” a Woody-Flowers FIRST-robotics mentor awardee, and a CWRU awardee for teaching and for leadership. In 2007, he led “Team Case” in the DARPA Urban Challenge, involving autonomous vehicles operating among live and robotic traffic.

In addition to visiting appointments at Sandia Labs, NASA, and Princeton, Wyatt has held international appointments at Philips (Eindhoven, The Netherlands), as a Distinguished Visiting Fellow at U. of Edinburgh, and The Hung Hing Ying Distinguished Visiting Professor at U. of Hong Kong. He also led HKU’s team in the DARPA Robotics Challenge, involving humanoid robots for disaster response.