Being human in a digital world 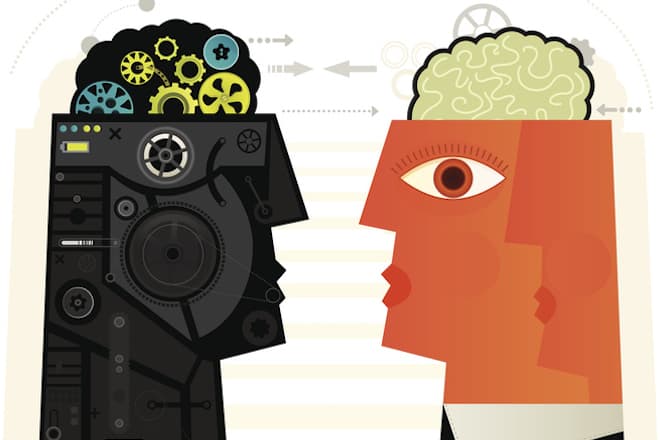 It is no surprise that technology is transforming life as we know it. But while recent advancements have created a wave of powerful and somewhat predictable outcomes—enhanced global communication, streamlined manufacturing, real-time information access, the list goes on—other effects of the shift to a digital world continue to surprise even those of us who spend our days rethinking and reinventing how to apply technology to the ever-shifting world around us. For instance:

While these less conventional uses of technology may not seem as impactful as major innovations like robot-assisted surgeries or agricultural robotics, they do illustrate just how adaptable we humans are to the changes wrought by technology. As technology continues to enhance the world around us, our human response is to take whatever is placed in the palms of our hands and make the most of it.

Just fifty years ago, the technology of today existed only in the imaginations of storytellers and moviemakers. At that time, even the most forward-looking thinkers could not have predicted the fully connected world of the Internet, the potential of quantum computing, or the use of blockchain-based cryptocurrency. Yet we have clearly adapted well to each of these massive shifts. Knowing this, it’s fascinating that many people remain skeptical—and even fearful—of artificial intelligence and all it has to offer. Why?

I can only guess that the answer lies in how we perceive humanity itself.

Traditionally, defining our humanity has been focused on how we set humans apart from animals, relying on our sheer brainpower to differentiate ourselves. Humans have tamed fire, invented the wheel, and created machines and technologies that enable us to fly around the globe and explore deep into space. But if this innate superiority is how we define our humanity, what happens when we are suddenly forced to pit ourselves against artificial intelligence—which we alone have created? How can we maintain a strong hold on our sense of humanity in a world in which man-made robots can potentially outthink and outperform humans?

The answer may be more straightforward than you think.

Throughout history, the environment around us has changed dramatically, most often through human invention. The industrial revolution. Train travel. Jet air travel. The computer age. With the introduction of each new invention, humans have found new ways to exist, and almost always found surprising ways to leverage change to our advantage and thrive. It wasn’t long ago when computers were perceived as a threat to workers’ livelihoods or, at best, tools that would reduce the work week dramatically, giving humans days of free time with no way to fulfill any meaningful purpose. Clearly, that vision has not been realized. If anything, the increase in productivity delivered by the computer age has created an economy in which we work around the clock with no justification for slowing down, much less shutting down. While technology may offer the potential for more leisure, it is in our culture to seek constant growth and greater productivity.

While the digital age may bring different, more advanced tools to the equation, how we respond to this change is likely to follow suit. That said, technology has recently moved us into an era when the majority of people living in first-world countries have the luxury of moving beyond striving for life’s basic necessities to seek greater meaning and purpose. Even as we continue to strive and produce more than ever using the resources at hand, we have the freedom to apply new technologies to move far beyond the basics.

As we look ahead to the fourth industrial revolution, or Industry 4.0, the disruption that has slowed productivity growth over the past 20 years will subside, and society will begin to benefit from sudden,  massive advancements in energy, transportation, healthcare, and communication. Digital production will bring together cloud computing and 3D printing to change manufacturing as we know it, creating products in a fraction of the time and delivering them on demand, anytime, anywhere. Flying cars will help us travel farther, faster, and more safely. Using AI-fueled robotics to farm the land more efficiently, we will we be able to provide food and shelter for ourselves and our families with ease. 5G networks will support everything from self-driving vehicles to digital medicine to ‘smart cities.’ Cloud technologies will accelerate the digitalization of industries, resulting in a major leap on productivity of as much as 35 percent between 2028 and 2033. [1]

At long last, technology is giving humans the power to provide life’s necessities with ease. The industrial revolution made it far too easy for us to increase our consumption of global resources, and our entire economic system profited from that consumption. But that reality made our relationship with the Earth completely unsustainable. Thanks to the digital revolution, we can finally shift that model of non-sustainability, moving our reliance on physical goods to a fully sustainable, services-based economy built around virtual products. Already, social media and gaming have created a US $15B marketplace for digital goods and services. Between July 2017 and July 2018, users of Activision Blizzard’s game ‘Candy Crush Saga’ spent an astounding $930M on in-app virtual goods, including extra turns, ‘lollipop hammers,’ and ‘color bombs.’ But gaming is just the tip of the iceberg. In 2018, Netflix provided virtual services to more than 140 million people worldwide, and Facebook had more than 2.27 billion active users. As the market for virtual products and services continues to expand, our reliance on consumable goods continues to decline, earning us a much-needed second chance at sustainability.

Ultimately, technology will not detract from our ability to be ‘human,’ but instead offer us the opportunity to enhance our humanity. To foster greater friendships. To build more supportive societies. To create future waves of innovation and transformation. In essence, the resources provided by our AI-driven digital world will allow us to be more ‘human’ than ever. As robots become our new reality—and, indeed, the source of our new economy—what will we humans do? How will we find a purpose in a world where robots do the dull, dirty, and dangerous jobs, provide for our physical needs, and even write our music and provide creative talent by the masses? If our past dictates our future, we will continue to reach for more. And we will continue to thrive.

Perhaps the lesson we are learning today is this: what makes us uniquely human is not our mental superiority, but our ability to adapt to every new circumstance that comes our way. We can’t possibly predict what changes lie beyond the horizon. Just as generations before us could not have predicted the technology-enhanced lives we live today, it is impossible for us to predict how we as a society will organize ourselves in the future, technologically, economically, or culturally. Yet as technology continues to shift and morph by the minute, what we do know is that change, and our ability to adapt to it, are the only constants. The technological innovations that will change our world—over the next year, the next decade, and the next century—will not threaten our ability to excel, but instead will open the door to a new way of living.

What will that life look like? Only the future will tell.

This article was originally published in the February 2019 issue of Schweizer Monat, "the smartest magazine in Switzerland," and reposted with permission.

Raffaello D’Andrea is Professor of Dynamic Systems and Control at ETH Zurich, where his research redefines what autonomous systems are capable of. He is co-founder of Kiva Systems, now operating as Amazon Robotics, the robotics company that revolutionized material handling by deploying thousands of autonomous mobile robots in warehouses. He was also the faculty advisor and system architect of the Cornell Robot Soccer Team, four-time world champions at the international RoboCup competition.

Raffaello founded Verity Studios, a company developing a new breed of interactive and autonomous flying machines, in 2014. He is also a new media artist with exhibitions at various international venues, including the Venice Biennale, Ars Electronica, and the FRAC Centre. His most recent awards include the IEEE Robotics and Automation Award and the Engelberger Robotics Award, two of the highest achievements in the field. Raffaello is a co-founder of ROBO Global and an active member of the company’s Strategic Advisory Board.

[1] “Will productivity growth return in the new digital era? An analysis of the potential impact on productivity of the fourth industrial revolution,” Nokia Bell Labs, 2017