A Decade of Growth in Robotics, AI & Healthcare Innovation 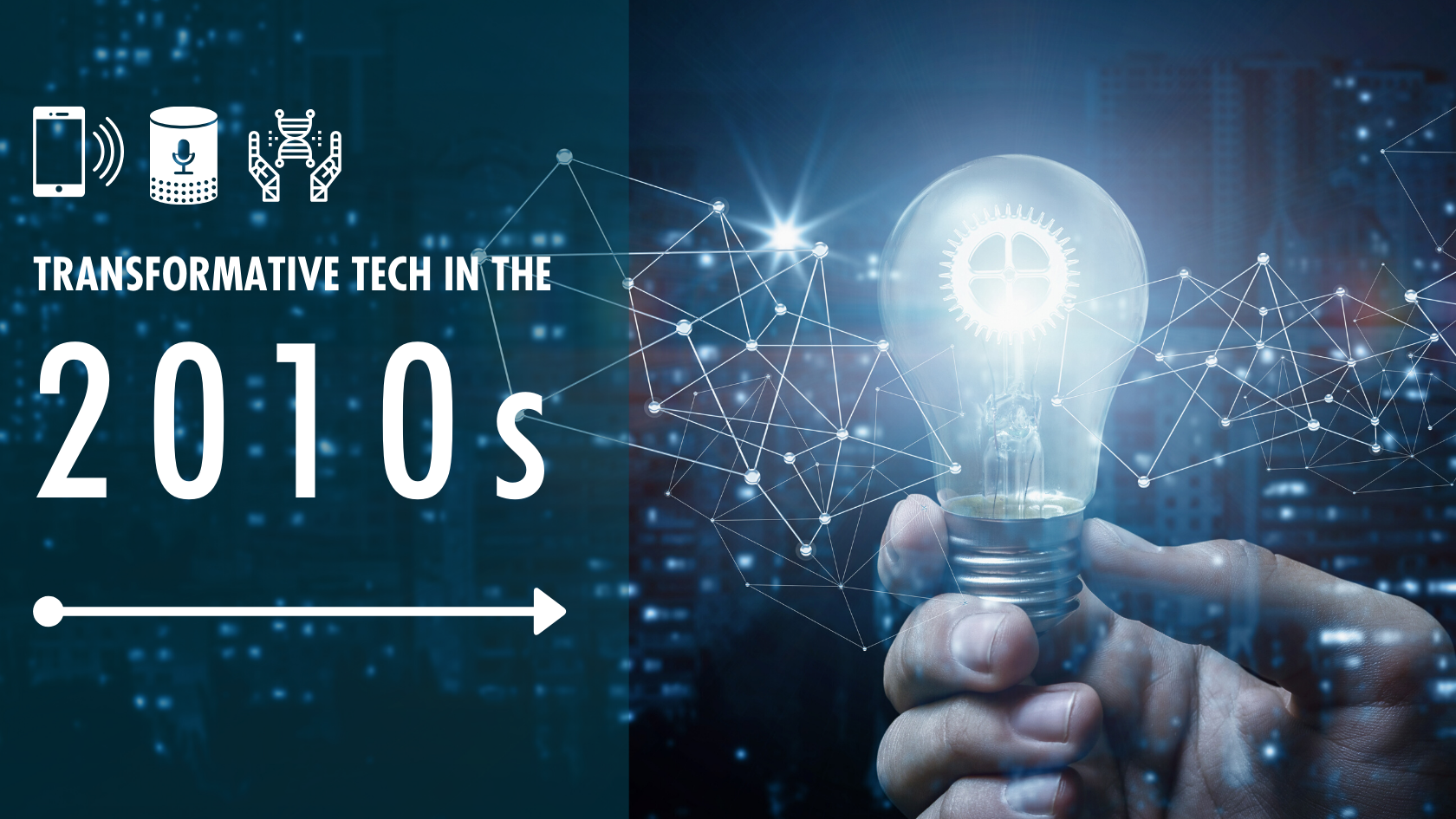 A Decade of Growth in Robotics, AI & Healthcare Innovation

Technology quietly transformed the way we live throughout the 2010s. The rapid pace of revolutions and evolutions came and went so quickly that companies like Apple, Amazon, Netflix quickly became tokens in our households and our daily lives. Perhaps most incredibly, this all occurred in an unrealized, ubiquitous manner over the course of just ten short years. At ROBO Global, we stand with conviction behind the incredible investment opportunity that lies in these very technologies and the tremendous growth potential that we anticipate in the coming decades.

iPad is released by Apple, changing the way that media is consumed.

4G is introduced to in the US.

The smart home device market gets a kick-start with the launch of Nest's Learning Thermostat.

Deep Learning in machines is made possible due to massive amounts of computational power.

Over $1 billion invested in self-driving and trucking technologies.